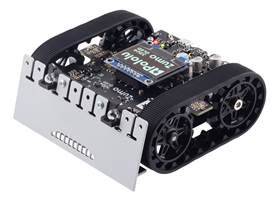 This is a newer Zumo 32U4 OLED Robot with a graphical OLED display. For its original version counterpart with an LCD, see the Zumo 32U4 Robot (Assembled with 75:1 HP Motors).