OpenLog is an open source data logger. Simple to use, simple to change. It logs serial streams to a micro SD card up in FAT16/32 format up to 16Gb in size. 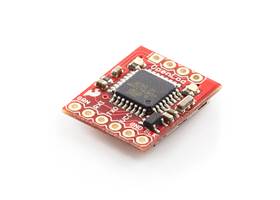 The SparkFun OpenLog is an open source data logger. Simple to use, simple to change. We wanted to create a serial logger that just worked. Power up this device and it will start logging any received serial data at 9600bps. Sending Ctrl+z three times will drop out of logging and in to command mode. ‘new’ will create a new file. ‘md’ makes a directory. ‘?’ brings up the list of commands. OpenLog doesn’t do a lot, but it does log serial streams extremely well. Example:

That’s really it! OpenLog firmware is open source and is based on Bill Greiman’s sdfatlib. OpenLog currently supports FAT16 and FAT32 microSD cards (we’ve tested up to 64GB!).

All the design files (schematic, PCB layout, firmware) are open source released under the CC-SA v3 license and are available through GitHub.

Note: New firmware is available which allows the OpenLog to be used in Arduino 1.0 and also allows for higher baud rates. Check the links below for more information.

The OpenLog project is housed on GitHub! Please see the wiki for the most up-to-date firmware, feature requests, files, and datasheet specs.