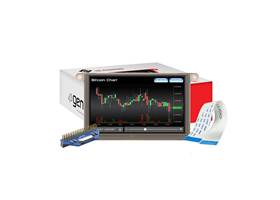 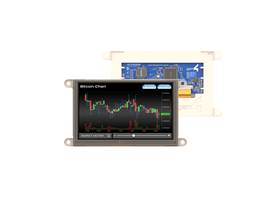 The gen4-4DPi range are Primary Display’s for the Raspberry Pi A+, B+, Pi2, Pi3, Pi3 B+, Pi Zero and Pi Zero W, which display the primary output of the Raspberry Pi, like what is normally sent to the HDMI or Composite output.

Communication between the gen4-4DPi and the Raspberry Pi is interfaced with a high speed 48Mhz SPI connection, which utilises an on-board processor for direct command interpretation and SPI communication compression, and features a customised DMA enabled kernel. This combination allows this display to output high frame rate compared to other SPI display solutions, when displaying a typical image/video, and can achieve higher depending if the image can be compressed.

The gen4-4DPi is designed to work with the Raspbian Operating System running on the Raspberry Pi, as that is the official Raspberry Pi operating system. It is also compatible with Pixel and Scratch.

Mounting of the gen4-4DPi is achieved with the 4x 4mm mounting holes present on the Resistive Touch Display Modules, enabling standard screws to fasten the Gen4-4DPi as required, or via the adhesive supplied on the Cover Lens Bezel which is part of the Capacitive Touch version.