We used this as a starting point for year 9/10 students who had no experience in robotics or coding.

By the end of the 3 hour project, motivated students were able to adapt Arduino programs to control the basic motion of a robot, read and record data from both digital and analogue sensors and use this data within a program to modify the robot's response to surrounds.

To save time, all the soldering was done, and the chassis was built by teachers beforehand.  We bought all the gear from Robot Gear.  Everything worked perfectly first time - always great when managing electronics in a class.  The basic kit was a Dagu magician chassis, Dagu S4A Edu, breadboard, 9V battery, battery clip, pololu digital distance sensor, infrared optical detector, lots of hookup wires. 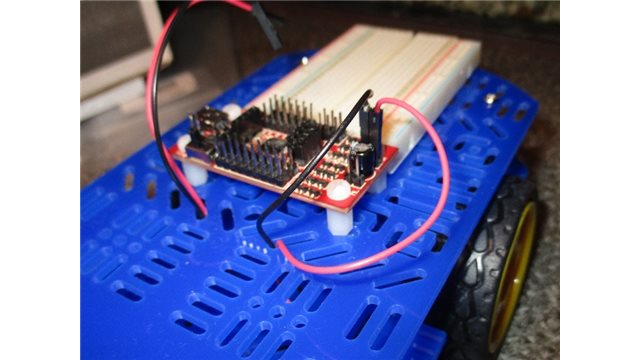 The students' first job was to connect the motors and batteries.

They then used a prewritten Arduino code (first moves)  to experiment with speed, direction and turning in circles.

Then we added a digital object sensor.  (Pololu Digital Distance Sensor - 10 cm).  The students had to investigate the specs of the sensor before using it, which made a great teaching opportunity for digital vs analogue sensors. They then had to get their heads around using Arduino code to read a signal wire.  We provided them with pre-written code (try dist sens) which they then had to adjust to achieve different outcomes in robot behaviour. 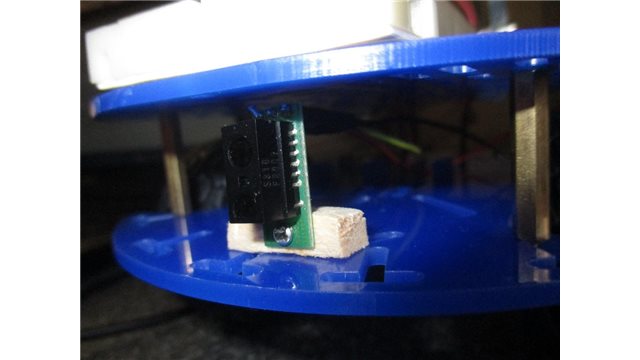 Finally we added an infrared optical detector, wired with appropriate resistors on the breadboard.  The students had to learn basic interpretation of breadboard style circuit diagrams, as well as the use of an analogue sensor.  The students tested the response of the optical detector, using pre-written code read optical detector).  They then used the detector to sense a black line to start/stop the robot.  They were encouraged to write the code for this themselves, using the code that they had already been working with as a starting point. 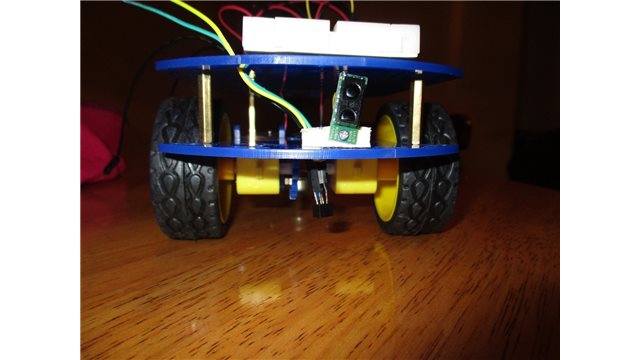 Most of the students were able to self-pace through the written instructions, attached below, to achieve these outcomes with only the occasional question.